One of the best things about living in Brussels is the easy access to multiple cities like Brugge, Amsterdam, London, and Paris by train.  Not only are there local trains that you can take to other Belgian cities such as Brugge and Ghent, there are high-speed trains that whisk you away in a short two-hours notice to Paris and London.  Paris is a mere 1.5 hours, and London is a hair-longer trip of only 2 hours. 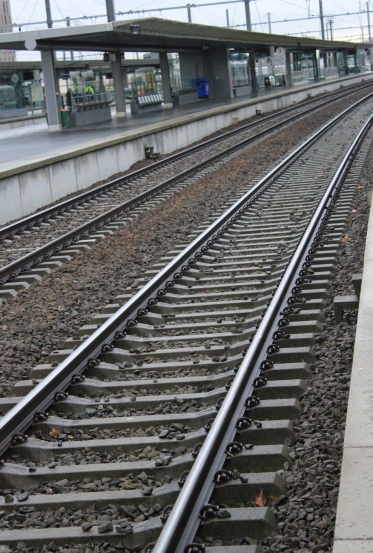 Tip #1: When purchasing train tickets on high-speed trains, it is best to plan ahead and buy them at least 3 to 4 weeks in advance.

Even with three-weeks notice, it can be difficult to get a ticket that is not going to rip your wallet out of your pants.  I recently had to make a last-minute purchase to London to take a quick break from the Schengen Zone (to be explored in a different post).  Needless to say, after the conversion rate, I still spent about $170 on the train ticket.  I suppose one could argue that it is the same as buying a ticket from Atlanta to Chicago, but when you can get it for $100-$110USD versus $170-$180USD that’s a good save.  Keep in mind, the GBP (pound) has been trashing the USD (dollar) for the past couple of years if not the past decade, and when in London, one will be spending money in pounds, not USD and not in euros.

Tip #2: When traveling with someone, arrive at least 30-minutes before the noted time of departure to get seats next to or across from each other.

Unlike the airport system, there is no need to be at the train station an hour or more before departure.  There is no security check (and I would then pray really hard that there was no crazy psycho who would be attempting to blow up the train when I was traveling somewhere) so the only thing that one really needs to be worried about is to get there with enough time so that when the train arrives, you can be among the first to board.  This is crucial when you are travelling in a group, especially when travelling on local trains (to be further described in a future post on a trip to Brugge, Belgium).  Make sure that you distinguish between second class and first class on your ticket as conductors will check to make sure you are sitting in the correct car.  They will tell you to move, even if the car is moving, and at that point in time, there is no guarantee (in fact it might just probably be impossible) to get seats together if you are travelling as a group.

Tip #3: Buy a sandwich or crepe from a local cafe or brasserie rather than at the train station or on the train.

It is much cheaper and sometimes tastes much better!  Not to mention, your bag that once used to be full will be partially empty at the start of your vacation in a new city!  You don’t have to get a sandwich if your trip is a fairly short one as it can be quite filling.  For example, it only takes 1.5hrs to get from Brussels to Paris.  Unless you time your trip during lunchtime or breakfast, a sandwich can make you feel pretty full!

So let us start with a few things about Paris.  I love Paris.  I love the fact that there are patisseries everywhere, and there is never a shortage of sidewalk cafes.  They line the tables up like peas in a pod so if have a big bookbag, be careful you don’t accidentally bump into someone else’s drink or their head for that matter.  The cafes have heat lamps overhead that warm up their customers, but sometimes it can make your forehead feel super hot.

The hotel was stationed in the 6th Arrondissement.  Paris is divided into multiple arrondissements, call them “neighborhoods” if you will.  The 6th Arrondissement includes the St. German-des-Pres area, known for its artsy and vibrant eclectic neighborhoods.  We were lucky enough that our hotel – Hotel du Globe – was situated only two blocks from the Odeon Metro stop.  Not to mention, we were just one street away from the infamous patisserie Un Dimanche en Paris (A Sunday in Paris).  Here is a short list (also will be found on TripAdvisor shortly) to sum up our hotel:

However, for the location alone, I would stay at this hotel again.  They do have promotions, particularly in the late fall and early spring.  My guess is that the weather is less than ideal and so you can actually save by staying two or three nights.  We received 10-15% off our total tab which ended up to be about $200 Euros for 2 nights, taxes included.  You can’t really find anything less that is of a decent hotel and with such a good location.

If you are interested in staying at Hotel du Globe:

Stick around for Paris, FR – Day one, Part two…coming soon!

Like Loading...
29 Nov This entry was published on November 29, 2011 at 16:45. It’s filed under Europe, France, The Traveller and tagged France, Paris, travel. Bookmark the permalink. Follow any comments here with the RSS feed for this post.